REFLECTION OF READING MARK’S GOSPEL AS A TEXT FROM COLLECTIVE MEMORY BY SANDRA
HÜBENTHAL: BASIC PROBLEMS AND OUTLOOKS

Abstract: The present text reflects the latest book by Sandra Hübenthal (Reading Mark’s Gospel
as a Text from Collective Memory), in which the author reads Mark’s gospel as an externalisation
of the collective memory. Hübenthal develops a hermeneutical and methodological toolkit, which
should (in her own words) be helpful corrective to simplistic scenarios of textual growth. Within
the spectrum of approaches to memory, Hübenthal insists on a radically reconstructive nature of
memories that are different from past events and consequently wants to abandon the research of
the historical Jesus. The book contains numerous simplistic and contradictory theses and does not
shed new light upon Mark. Most importantly, the proposed method is highly problematic because
Hübenthal (unsuccessfully) combines an ahistorical approach (narrative analysis) with assumptions
that require historical research. Thus, by constantly ignoring historical work or pushing it into the
later steps of analysis, Hübenthal makes speculative conclusions and unreflected presumptions
about the interpreted text that guide her interpretation. The presented text is divided into two
parts. In Chapter 2, I explain the individual chapters of the monograph and comment on their
problematic aspects. In Chapter 3, I systematically focus on the main problems, which can be
divided into several areas: a) proposed and used method and theory, b) absence of historical-critical
work, c) approach to the text, which is unsustainable in the context of the period Hübenthal studies.
d) In addition, I briefly comment on the author’s often misleading and uncritical interpretations of
presented theories. 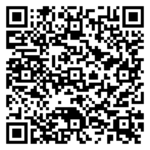